7 things that surprised me in Mumbai

I arrived in Mumbai, India without too many preconceptions. The trip was a last-minute booking so I hadn’t had months to investigate my destination via google or any other search engine. There are others, right? This lack of prior knowledge didn’t stop Mumbai surprising me at every turn.

My first surprise arrived less than 30 minutes after my plane hit the tarmac. I was settling into my taxi ride –  slightly worried about my rucksack which had been tied to a flimsy roof rack using a tea towel – when the mass of white t-shirted individuals came into view. They’d cleverly positioned themselves by an aggressive speed bump at the car park exit so they could easily talk to the people in motorised transport as they left.

One of the activists passed me a couple of leaflets along with a smile. Smiling back I threw the leaflets onto the seat next to me. I never read those things. And then for some reason, I did. They were simply asking drivers to help the war on noise pollution by trying to use their horns less frequently. This was something I could get on board with. As anyone who’s travelled anywhere in Asia knows, people drive by ear, not by sight. Drivers pull all manner of dangerous manoeuvers and then excuse themselves by beeping their horn. I wonder if you need to pass a hearing test to drive in India?

The constant honking can be quite tiring, so I was upbeat about this movement. After a long flight, it would be interesting to see whether this campaign was making any progress. My taxi driver pulled out onto the main road directly in front of another car, receiving a lengthy beep for his troubles, he then proceeded to all but backend a tuk-tuk, giving him a massive toot to make sure he was aware of the imminent danger.

It appears that this is still a work in progress.

Indians spit. Actually, to be more specific, a subsection of Indian men spit. Sometimes it’s just because they want to but often it is due to the custom of chewing paan. Paan is a preparation of betel leaf with areca nut and a number of spices which is chewed and either swallowed or spat out. One of my few preconceptions about this trip was that I was likely to encounter some spitting. I wasn’t expecting to be showered with spittle or flogged with phlegm but I did anticipate spitting to be a part of my daily experience.

After a couple of days, having spent a considerable amount of time walking through the city I had witnessed very few spitting incidents. Maybe I wasn’t in the areas of greatest discharge, maybe I’d just been lucky? A little research showed me that there is definitely a movement to banish spitting from public places. It even united opposing political parties in 2016.

Unlike the noise pollution, there is unquestionable progress on this front.

I was bounding down the stairs to Platform 7 at Andheri Train Station when I saw the train was getting ready to leave. A sharp turn of pace allowed me to jump on the last carriage just as it started to creep forwards. My feeling of smugness had barely started to surface – who said these local trains were difficult to navigate – when I felt myself being gently pulled backwards out of the carriage by the loop on the top of my backpack.

An elderly gentleman was kindly letting me know that I’d eagerly leapt into a Ladies Only carriage. In my rush, I hadn’t even noticed. Feeling a little embarrassed, I poked my head back in as the train slowly gained speed, now seeing the sparsely populated carriage carrying women of all ages, and shouted my apologies. 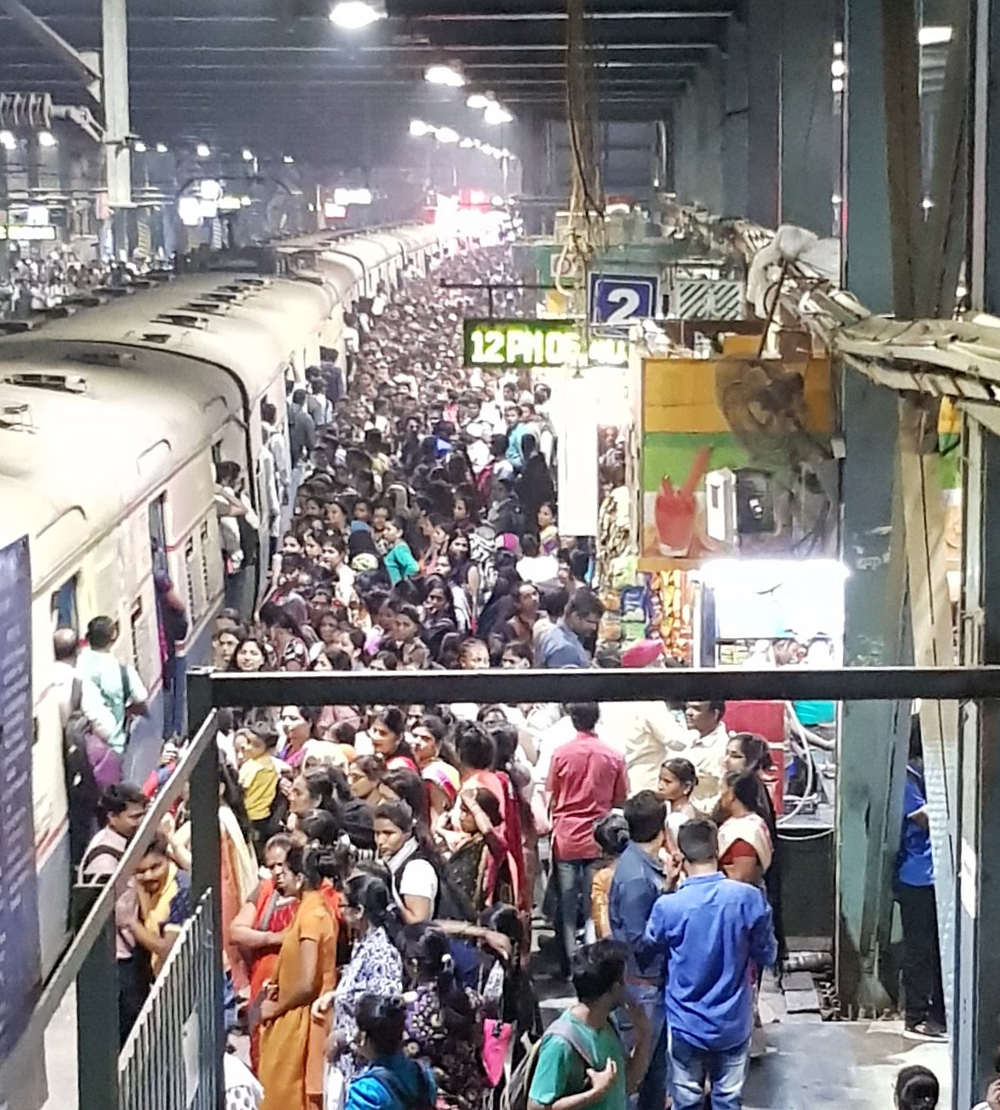 The selfie craze has hit Mumbai in style. People of all ages can be seen around the city’s landmarks pouting at their own mobile devices. However, that wasn’t what surprised me. It was the number of times that people requested selfies with me.

I’m a foreigner so I must have been somewhat of a novelty but there were plenty of other westerners around and I didn’t see anyone else being asked to pose for a snap. I wondered if they thought I was a famous personality but then a friend provided the most likely explanation:

“It’s the size of your head. They think you’re a Hindu demi-god.”

Slums don’t live up to their name

I did a walking tour of the third largest slum in the world – Dharavi. I had mentally prepared myself to witness some difficult scenes but I saw a vibrant population that worked hard and has built an economy worth a reported $1billion. ‘Slum’ is a dirty word and it doesn’t fairly represent households who have their own postcodes, running water and 24hr electricity. 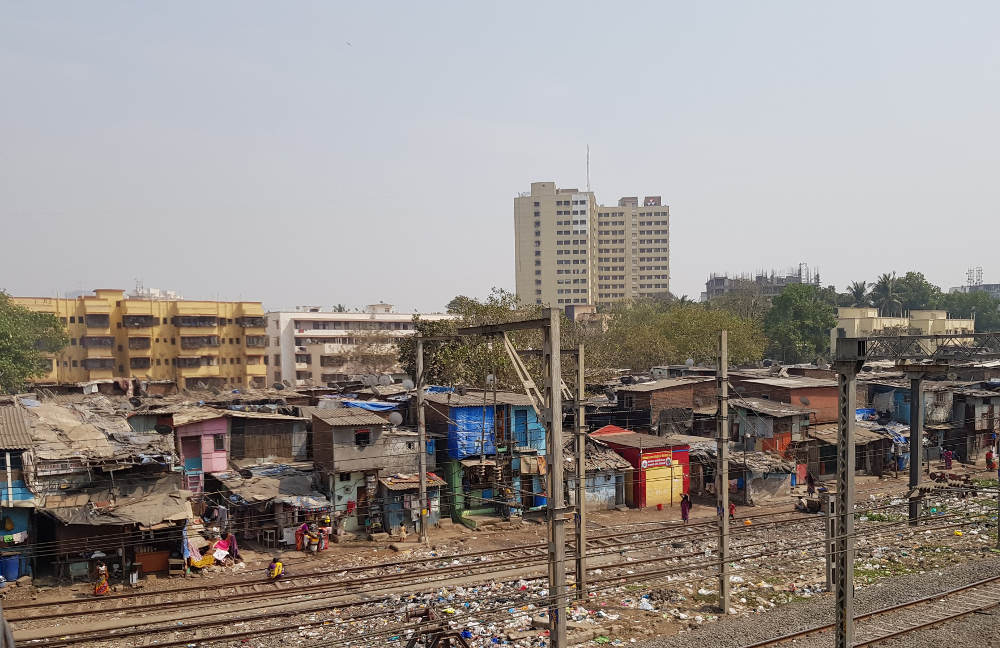 There are a lot of vehicles for hire in Mumbai. Finding one with a knowledgeable driver for the tourist, however, was not easy. The language barrier was certainly an issue, but I anticipated major areas like ‘Churchgate’ and ‘Bandra West’ would have crossed the lexicon divide. I was often met with blank looks when instructing the driver so resorted to handing over my phone with a map showing where I wanted to go. This typically led to a crowd of other taxi/tuk-tuk drivers congregating with most of them looking confused and shaking their heads.

I quickly learnt that if the driver didn’t understand me immediately then it was quicker to just move onto the next taxi/tuk-tuk. There was always plenty available and eventually, I would find a driver that understood where I wanted to go. 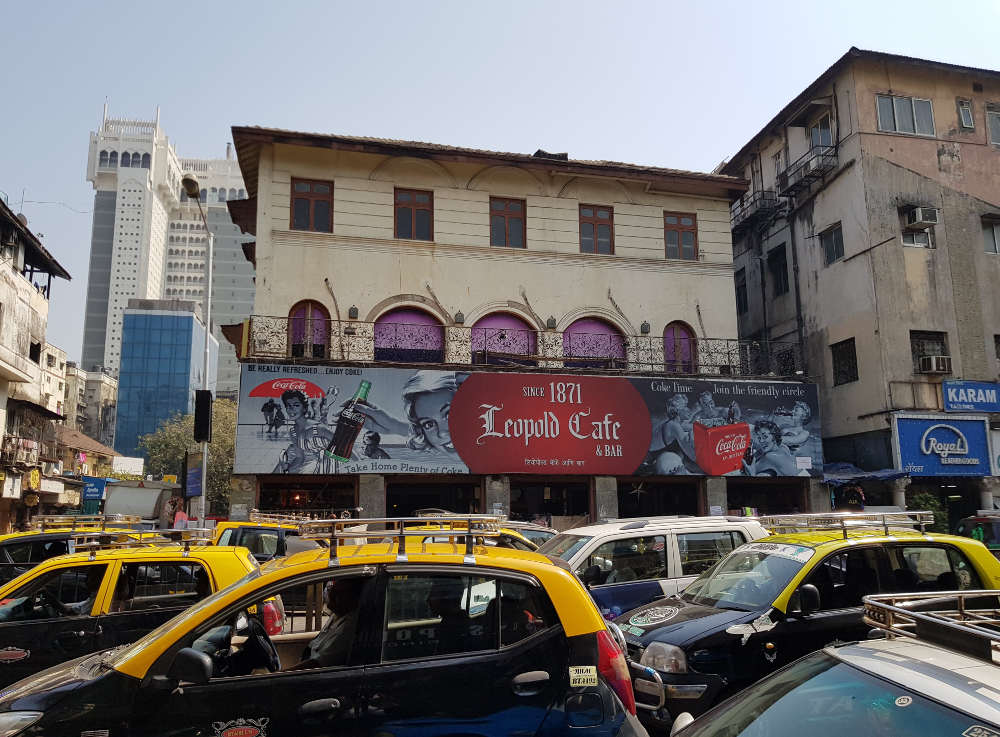 Human interaction is often non-existent in big cities due to the bustle and noise of a typical day. When you’re unlikely to bump into someone again, why bother trying to build a connection? That didn’t seem to be the case in Mumbai. There was always some kind of communication going on. Locals fostering their close relationships by travelling together in groups on the train and walking together around the city. This friendliness was extended to me as I was often offered a train seat or some helpful assistance to navigate the city.

This friendly nature was most evident when I accidentally left my train token at a barrier. In truth, I wasn’t even aware that I needed to take it with me. However, one of the station workers was alert to my ignorance and spotted my mistake. In my wake it was apparent he told a couple of local lads who chased after me, shouting and waving their own tokens in the air. With beaming smiles, they informed me that I should go back to the barrier to pick up my token.

I never did use that token again, but I’m happy to be able to tell the story.

Mumbai – a city of surprises

Like a wet, smelly dog, Mumbai is sometimes hard to love. It is difficult, however, not to be won round by its boundless enthusiasm and friendly nature. Thanks for the surprises.